I was diagnosed with Hodgkin’s lymphoma stage 4B in January 1973 when I was 23.

Forty five years is a long time – I’m 68 now, so it’s more than half a lifetime for me. For almost three decades following my treatment I felt the cancer was in the past, particularly since the word ‘cured’ was starting to be used once you’d been in remission for five years.

At that time there were no support groups and it was hard to find anyone to share experiences with. I felt embarrassed about telling people about my experience because I was afraid that they would not be able to cope with it, or else that they would feel I was in some way showing off in order to gain sympathy. And if I did get sympathy, I felt like a fraud, because I didn’t feel I needed it.

A social worker attached to the radiotherapy department (the term ‘oncology’ was not yet widespread) said that I must be wondering “Why me?”, and after thinking about it for a bit, I realised that it was just as valid to think “Why not me?” Oddly, the fact that there was no organised support, and at that time no dedicated lymphoma charity, meant that I wasn’t expecting to feel I needed any special treatment – I used to have my chemo injections in the nurses’ office sitting on a plastic chair, after which I went home on the tube and waited to feel sick.

Soon after the magic five year anniversary had passed, my husband Peter and I bought our first home, and applied for mortgage protection insurance. Peter was accepted for it, but I was not, and I challenged the insurance broker about this.

He listened, and then said, “Well, insurance isn’t a social service – it’s a business, and you’re not a good risk. Why not have some fun with what you’re not paying out in premiums – start collecting fine china, or invest in some pictures?”

When I tell people this story, they are often shocked at his apparent insensitivity, but I have always been grateful to that broker for his direct approach, which enabled me to see that what I’d thought was bad news could equally well be seen as an exciting opportunity, as well as … well, just one of those things.

On a lighter note, I thought that if I wasn’t going to live very long, I should enjoy myself whilst I could, which decided me to get contact lenses even though they would cost me much more than I could really afford, and I missed a few payments into my savings account to fund them. I never regretted that decision. 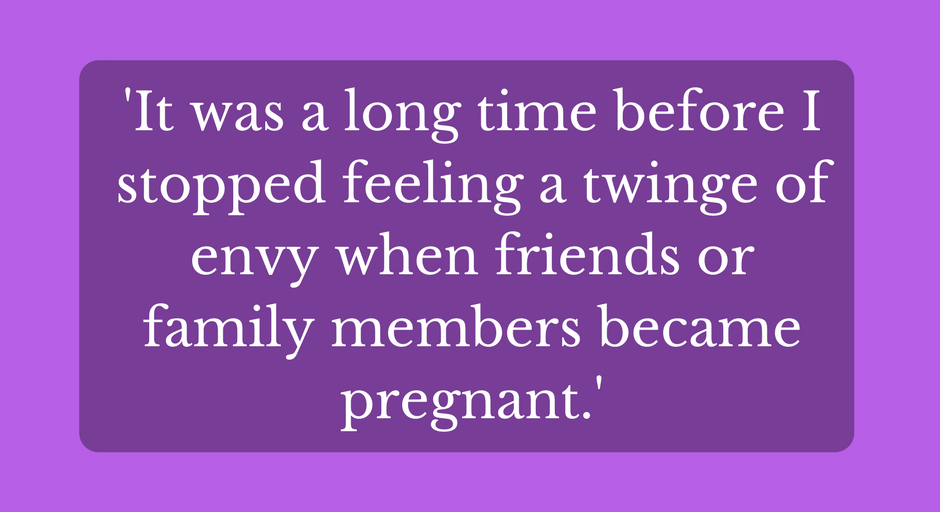 The biggest challenge at the time was going through an early menopause at 23, soon after I’d had radiotherapy, and becoming infertile. At the time nobody knew whether my periods would start again, or even whether I would survive, and I mourned what I thought was the end of my hopes of marrying and having a family. But I was lucky enough to meet Peter, who was prepared to take the risk, and three years later we were accepted as adoptive parents. Two years after that our first son arrived, with the second after a further two years. But it was a long time before I stopped feeling a twinge of envy when friends or family members became pregnant.

The Decades After Cancer

I was followed up annually for nearly 40 years after my treatment finished, which reassured me, since I didn’t develop another cancer, but at the same time the experience was frustrating. When I reported various uncomfortable and inexplicable aches and pains, I felt that they were brushed aside, and although I was frequently told that there was no evidence that these had anything to do with my treatment, there seemed to be no interest in gathering data for future reference. I’d hoped to be able to ‘give something back’ by offering to be a buddy to others who felt similarly discounted by the wider cancer community, but was told there was no demand for this.

In 2004 I began to experience increasing fatigue and shortness of breath, caused by lung fibrosis, and shortly afterwards developed a heart murmur, which was the first sign of aortic valve damage. In 2009 I had a mechanical aortic valve replacement. The late effects of radiotherapy, which nobody could have predicted, were beginning to make themselves felt. I was also developing neck and upper back problems - I’ll come back to that.

We moved to Scotland in 2010, and the haematologist at our local hospital, to whom my London lymphoma clinic had referred me, promptly discharged me. As he rightly pointed out, “You haven’t got Hodgkin’s”. I asked my GP to refer me to the cardiology and respiratory clinics, but although I was followed up for five years by the cardiologists because of the heart valve, the respiratory physician discharged me almost immediately because there was no available treatment.

The Use of Social Media

Around this time I discovered a few user groups for cancer survivors, and in particular a Facebook group set up by American Hodgkin’s lymphoma survivors from the 1960's to the 1990's. For the first time I learnt that I was not the only person whose life had been affected in this way. Through the group I learned that there was a dedicated late effects clinic in the US, set up by a rheumatologist who’d become curious about why so many of his patients had muscle wasting in their neck and upper back and couldn’t hold their heads up for any length of time – exactly what I was experiencing.

I was able to track down some articles he’d written – despite having been a medical librarian I had never previously been able to find any references to late effects in the literature.

At last I started to feel that my experience made sense. I developed a hand tremor and peripheral neuropathy around this time and was referred to a neurologist, who agreed that I was affected but admitted he knew nothing about late effects. I’d come prepared, and gave him a journal article about it, which made me feel I was doing something to raise awareness, but even at that stage any  sort of coordinated provision for people with late effects  was only available in America. Things are better now, but there are still very few such clinics in the UK, and none for which I am eligible.

The challenges I face now are nothing to do with cancer, yet everything to do with the fact I’ve been treated for it. I now have a blue badge and use a wheelchair, and I have had a lot of help and support with my mobility issues, both from the medical profession and from statutory services, and that’s made a huge difference, not least because I’ve been taken seriously, and the blue badge has saved me a fortune in parking charges.

Yet I have never been able to persuade cancer charities to take the lead in setting up support for long term survivors, because … the effects aren’t actually cancer. And managing them is a multidisciplinary process which takes a lot of coordination. Treatments are evolving all the time, and late effects alter accordingly, but what they have in common is that their management doesn’t depend so much on the type of cancer someone’s had, but on what drugs have been used, or what part of the body has been irradiated. If someone has a war wound, its management doesn’t depend on whether it was sustained in the Falklands or in Afghanistan – the effect depends on which part of the body was damaged.

When I discovered meditation more or less by chance, I found it very helpful and started attending a Buddhist meditation group, where I felt well supported and made a lot of friends. I have learned to take an interest in how I feel, and to see that neither the cancer or the mixed emotions I feel define me. I have learnt that I can observe these emotions and be kind to myself without getting caught up in them as much as I used to. I’m also much more aware of how my emotions are expressed through the body. Living with cancer and its effects was a good meditation practice in itself even if I can’t just ‘make it all better’. I feel much more equanimity about my situation now, and feel that I have dealt with it as much as I need to.

The Welcome of Maggie’s 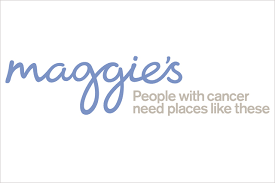 I would also like to commend Maggie’s – the Edinburgh Maggie’s Centre welcomed Peter and me. We’d offered to volunteer to support people with blood cancers, but the facilitator of the blood cancer group recognised that we really needed support ourselves: me as a survivor and Peter as my carer, and this has been a very positive experience for both of us. I’d been afraid that people would be discouraged by finding out that survival wasn’t necessarily the whole story, and might have negative aspects, but in fact they often seemed to be encouraged to learn that survival really can be a long term affair.

Alison is one of our first Headspace users. Headspace are offering a free 12 month subscription to those in the Mission Remission community. Read about it here: https://www.mission-remission.com/Meditation-Mindfulness/Headspace  Alison has found Headspace to be an amazing resource, with courses dedicated to cancer recovery.

249 people found this helpful. Let us know if you did so we can keep it up.

This is so interesting. Thank you for sharing your long experience. I haven’t finished my treatment yet but I have a horrible feeling that the it is going to affect my life for a long time, especially the radiotherapy, but also the chemo, and the surgery to a lesser extent. I’ve heard it said that you don’t start to feel ill from cancer until you get treated. I’m sure I wouldn’t be alive today if I hadn’t had treatment though. It’s a choice between a rock and a hard place. 😳

Hi Jo, bear in mind that radiotherapy has made leaps and bounds since Alison experienced it - it is a lot more targeted now. Fingers crossed that it doesn't bring late effects. Good luck with the rest of your treatment. Laura x

I love hearing from a 45 year survivor! Thank you, Alison for sharing, thank you Mission Remission for posting. This is the first article I've read that goes this far into survival. It is something to aspire to.

I'm 2 years out from rectal cancer I did well all through treatment and after.
But found in the last 9 months my fatigue has got worse with me having to take 2 hour naps every day.

I also have lymphoma and stopped treatment last year but just feel totally exhausted but docs just put it down to not getting enough sleep .Loved the story and at least am not the only one that feels the same.