How to find creativity through coronavirus

I can see many parallels between cancer and Covid-19. In particular, that unique sense of vulnerability and extreme fear that accompanies a potentially life-threatening disease and the necessity of living in semi-isolation for many months.

I find myself amazed at just how quickly and easily I have fallen back into all those ways of thinking and being that served me so well during my long periods of illness. Like taking things one day at a time as a way of avoiding over-thinking and anxiety about the future; setting myself small goals in order to maintain my motivation; making a point of finding three things I am grateful for at the end of the day as a means of countering that wave of overwhelmingly negative thoughts which seems to gather around me like a cloud when I am at my most tired and depleted.

There is a difference though, and it’s a big one – cancer was my personal tragedy whereas coronavirus is a global crisis of such magnitude that it’s almost impossible to imagine the scale of human suffering. In such truly awful circumstances, it feels in poor taste to admit that I am surprised to find myself well (believe me when I say that I never take my comparative good health for granted). I also find that I have more mental and physical energy than I ever did when I had cancer.

Quite early on in lockdown, I wondered if I could use confinement as an opportunity to rediscover my creativity and decided that I had nothing to lose by listening to a Rupi Kaur writing workshop (from the comfort of my bedroom) which she was hosting on Instagram.

This poem, Fragments, began life during the second of Rupi Kaur’s workshops in which she invited her audience to write a spoken word poem on the theme of ‘struggle’. Rupi offered a series of prompts as a structure to take a journey – she asked where we first met our struggle, where we are now, and what we would say to it if we could have a conversation with it.

My daughter was two when I went through cancer treatment the first time and she used to love the book ‘The Tiger Who Came to Tea’ by Judith Kerr. I used to see cancer as the tiger who arrived at Sophie’s home, uninvited, expecting to eat tea and who then went on to eat literally all the food in the house and drink all the water in the taps.

There are other images which flash before my eyes when I think about cancer – a room in my house which I don’t enter, a raging fire and broken china. I came across the concept of Kintsugi, which encourages us to see the beauty in broken objects, during my recovery from cancer. It’s such an appealing idea. I wish I could see myself as a bowl whose fractures can be healed by being filled with molten gold. Instead, I feel like a piece of porcelain with cracks so fine that no one can see them.

Just write the first thing that comes to mind, Rupi advised.  So, I put aside all my doubts, and all my insecurities about form and technique and instead tried to remember when I first noticed the tumour above my left breast. I imagined what I would say to cancer if I could personify it and we were having a conversation while sitting opposite one another at the dinner table.

Poetry brings order to my feelings

I have written before about feeling mute in the face of cancer. The process of writing this poem allowed me to imagine looking at cancer in the eye and to experience how it would feel to “take it down” as Rupi put it. More than that, the act of writing allowed me to give some kind of order to the fragments, some kind of coherence to feelings just beyond my ability to put into words. 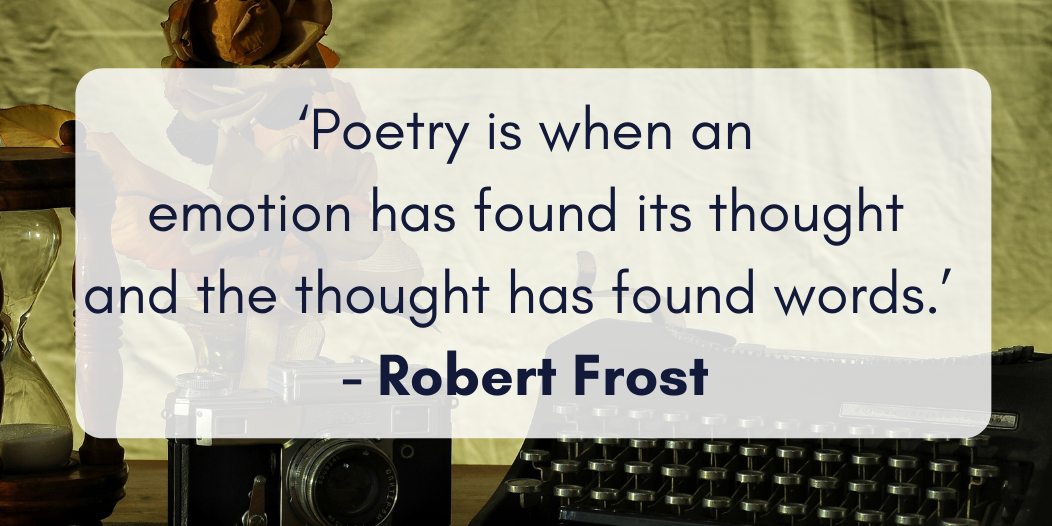 I discovered that although I have no control over cancer, I have the power to use words to describe my struggle, I can articulate my contradictory and complex feelings about it, I can express all my fears and all my griefs and losses while at the same time my sense of wonder at the astonishing miracle of my life – ‘I am patterns unbecoming and becoming; I am an endless constellation of bright wings in flight.’

Maybe, just maybe, I have found my voice.

If you missed them, you can still find the recordings of Rupi Kaur’s live workshops at her FB account and on Instagram.

Have a read of Tamsin's poem here.

Tamsin is a social worker living with her family in South London. She was first diagnosed with breast cancer at the age of 40 in 2009 and again in 2012. A soft-touch mother and manager, she is learning to live with the long-term effects of breast cancer, including lymphoedema in her right hand and both arms. Tamsin is a would-be writer and reluctant blogger who pens occasional pieces to challenge the ‘single story’ about breast cancer and to raise greater awareness of the enduring emotional and psychological impact of cancer.

9 people found this helpful. Let us know if you did so we can keep it up.

You - A Poem by Diane Leopard

You've inspired me to have a go now, I've tried before but got stuck, I'll look up that talk by Rupi. Thanks!

Anne-Marie - you’ve made my day! You just have to let yourself go. Really hope you find it an enriching experience. Good luck. Tamsin x